Muslim in Seoul don't have dedicated place for worship

Sustain this house of Allah in which will serve as an Islamic Center for the growing Muslim community.

Ramadhan is upon us once again. It is a fasting month and a spiritual journey to cleanse and purify our soul, thus bringing our relationship closer with our creator. The holy month will hit differently without a masjid – a center for gathering the Muslim community and Dawah activity. But for Muslims in Seoul, there are not many other masjids to go to other than the only one located in Itaewon.

You are now getting access to unlimited ajr (rewards) and gaining Allah’s pleasure when you build a Masjid for them. Not only that, but you also establish the Islamic community combined with a dawah in the heart of South Korea. 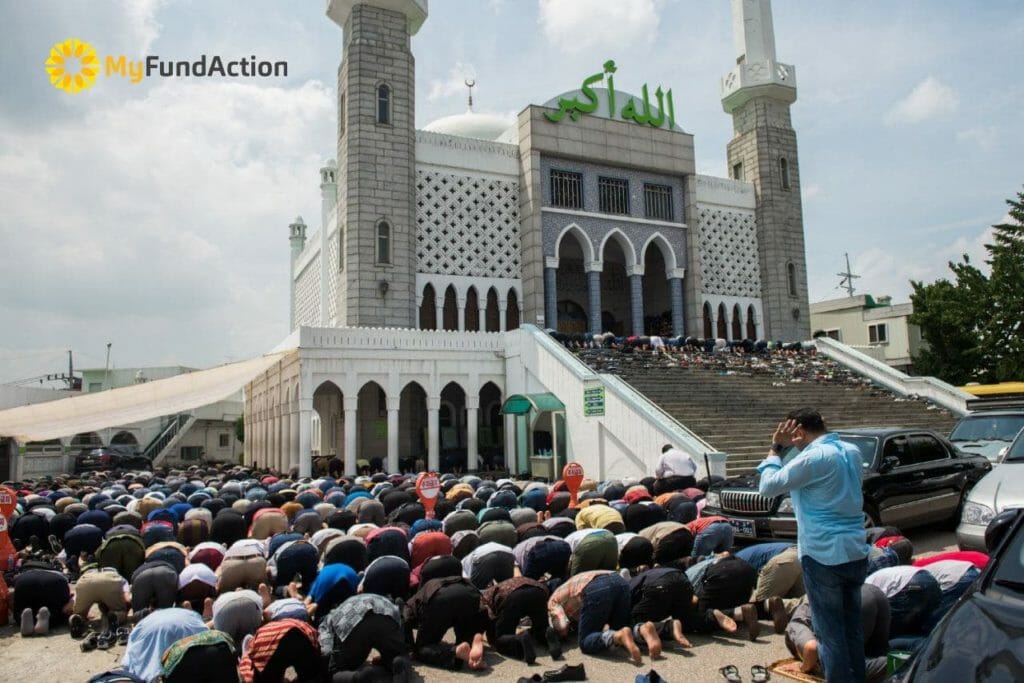 Since the outbreak of COVID-19, the women’s prayer room has been relocated to a smaller and less comfortable mosque mini-library, while women’s ablution places are very narrow and limited. The prayer hall packed during Friday prayers and Eid that causes some pilgrims to have to pray on the stairs and the tar road. Therefore, the mosque expansion project is urgently needed.

The Seoul Central Masjid opened on May 21st, 1976, in Seoul’s Itaewon neighborhood. It was strategically placed in the heart of Seoul that had been a tourist spot over the years. The first floor of the mosque is the Korea Muslim Federation office and a meeting room. On the second floor is the men’s musalla (prayer hall), and on the third floor is the women’s praying section.

Muslim communities in South Korea are rapidly growing day by day. Every month, there are several South Koreans who embrace Islam here. Apart from being the center for worshippers, this mosque is open to visitors to spread da’wah about Islam and Islamic cultures.

The new Annex Hall construction costs around USD 1.0 million and the progress are still ongoing with 30%. It would interrupt Ramadhan’s daily activities here, especially congregation prayer and nightly prayer Taraweeh if it extended for too long.

Join us to establish Islam in South Korea. Our small contributions matter to funds their continuous da’wah activities. May Allah accept our deed even and continue to benefit us after death as long as people worship there, and attain His Jannah, In Sha Allah.

The Messenger of Allah (saw) said, “When a person dies, his deeds come to an end except for three: Sadaqah Jariyah (a continuous charity), or knowledge from which benefit is gained, or a righteous child who prays for him.

RM2.55 million of RM2.5 million raised
May Allah S.W.T rewards you [with] goodness. Support by sharing this campaign with others:

Menu
Menu
MyFundAction is a non-profit organization runs by Youth that embraces love and passion through volunteerism and entrepreneurship. When you visit or interact with our sites, services, applications, tools or messaging, we or our authorised service providers may use cookies, web beacons, and other similar technologies for storing information to help provide you with a better, faster and safer experience and for advertising purposes.
Copyright © MyFundAction · Reg No : PPM-006-14-07052014. All rights reserved.

RM2.55 million of RM2.5 million raised
May Allah S.W.T rewards you [with] goodness.