Build a mosque for the needs of muslim in Yokohama, Japan

Support our Muslim brothers in need of covering the costs of building a Masjid.

The mosque’s expansion project has ended and opens to the public on 16th October 2020. Before this, the building was only a 2-storey shophouse from December 2006 until recently.

Alhamdulillah, now the Masjid can accommodate 1000 Muslims (in previous only 600 people). 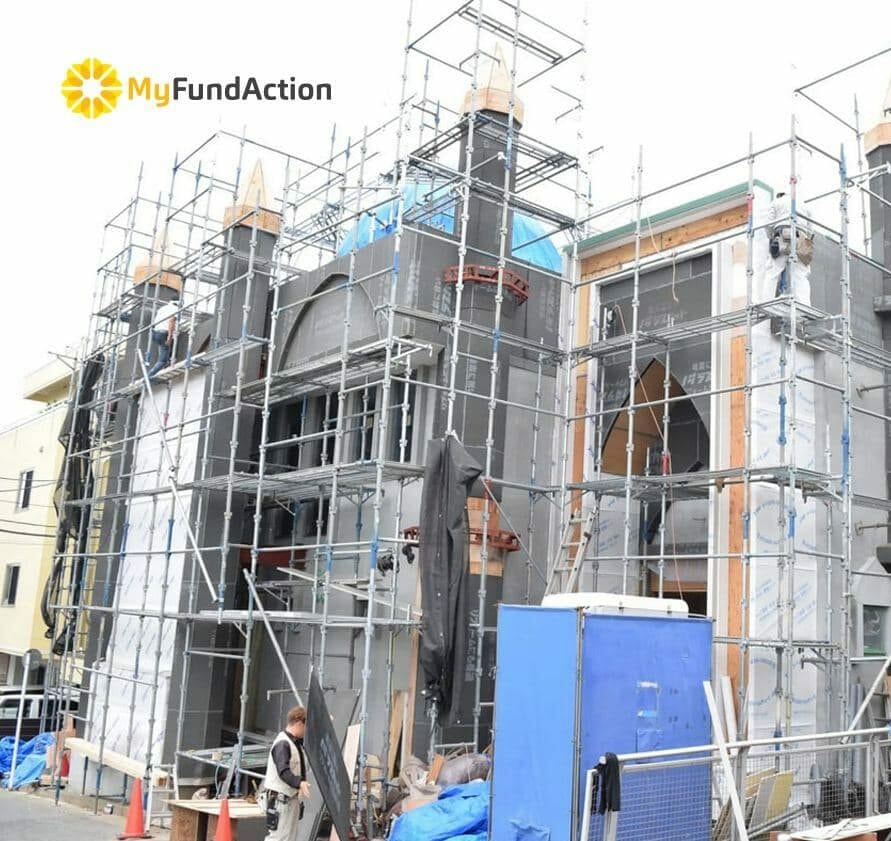 Ramadan is a holy month for Muslims, but for those residing in Japan, religious practice is quite challenging.

A masjid is significant for them to strengthen their faith and better understand Islam in their homeland. A part from that, it can also be an opportunity to establish community relations in a non-Muslim country.

This mosque becomes a center of attention in serving the Muslim communities for such sermons, Al-Quran classes, interfaith dialogue, and festivals. 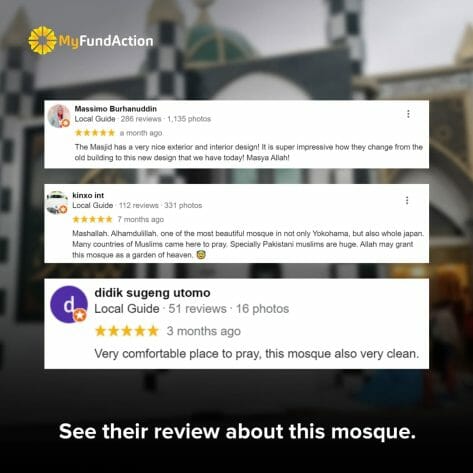 Japanese and other non-Muslim visitors are welcome here.

To date, this Ja’me Masjid has become a tourist attraction for those who want to come and learn about Islam.

We aimed this mosque as a cornerstone for creating social implications for locals here, both Muslim and non-muslims.

Among the activities held included: 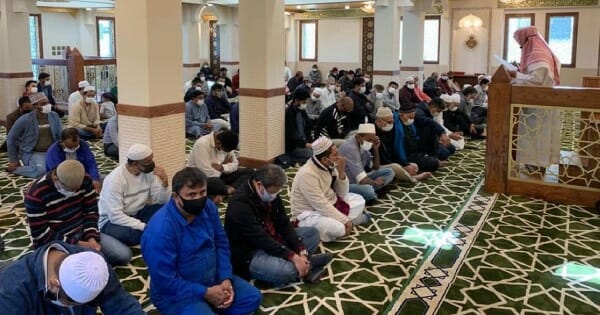 Jazakumullah khair katsiran to everyone who have supported this project. May you attain His Jannah one day In Sha Allah.

Imagine thousands of people each day who would pray, attend every religious class conducted, and embrace Islam here. You will gain a fair share of all those activities from Allah SWT. Keep on your support through all of our projects.

When a man dies, all his acts come to an end, but three: recurring charity, or knowledge (by which people benefit), or a pious offspring, who prays for him.

RM2.71 million of RM4 million raised
May Allah S.W.T rewards you [with] goodness. Support by sharing this campaign with others:

Menu
Menu
MyFundAction is a non-profit organization runs by Youth that embraces love and passion through volunteerism and entrepreneurship. When you visit or interact with our sites, services, applications, tools or messaging, we or our authorised service providers may use cookies, web beacons, and other similar technologies for storing information to help provide you with a better, faster and safer experience and for advertising purposes.
Copyright © MyFundAction · Reg No : PPM-006-14-07052014. All rights reserved.

RM2.71 million of RM4 million raised
May Allah S.W.T rewards you [with] goodness.