Yemen Is On The Verge Of Starvation!

A severe starvation crisis among the children that will eventually lead to death.

Can a Yemeni child grow up properly in the face of ongoing conflict and crisis?

At the moment, two-thirds of Yemenis are unsure where or when their food will arrive. Yemen is dubbed the country with the most humanitarian crisis in the world, with an estimated 21 million people in need of assistance, 11 million of whom are children. 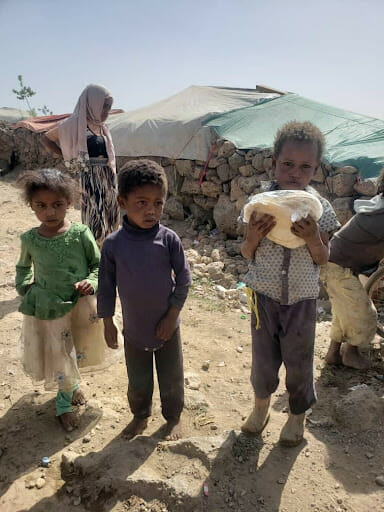 Yemeni children appear to be living in a nightmare since the conflict began in March 2015. Their future is already visible, as at least 10,000 children were killed or injured during the conflict. .

As Yemen’s humanitarian crisis gets out of hand, at least 5 million people face starvation, with another 16 million ‘marching towards starvation.’

According to experts, the situation in Yemen has rapidly deteriorated as a result of the civil war.

The families living in Yemen have to resorted to dangerous strategies:

They put the children’s needs ahead of their own. Some are even willing to borrow money, become beggars, and sell their valuable possessions just to buy food.

As a result, MyFundAction has taken the initiative to assist them by distributing bread seven times per month to 20 affected families living in Camp Al-Amal, Ma’rib.

In a month, we hope to provide 245 pieces of bread for a family. With the effort and help from Malaysians, we managed to distribute 4,900 bags of bread to 20 families within a month. 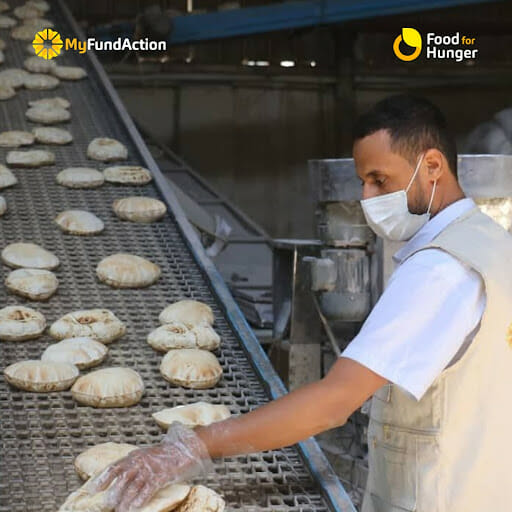 What are you waiting for? You are their last hope! 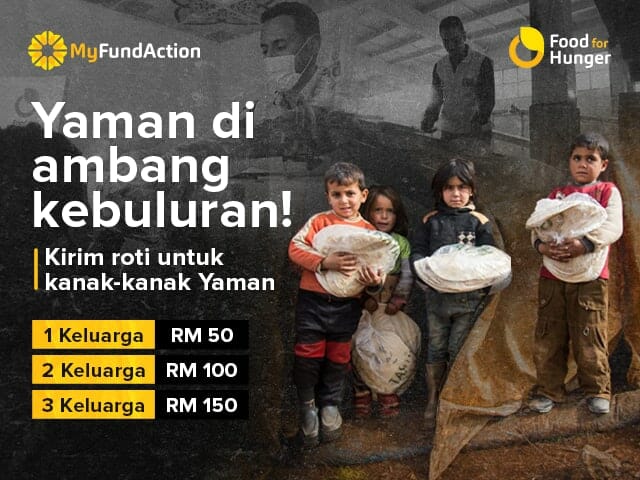 RM16,078 of RM50,000 raised
May Allah S.W.T rewards you [with] goodness. Support by sharing this campaign with others: