Shhhh… Listen! Do You Hear The Sound Of Child Hunger?

Have you ever seen infants that are unable to move because of weariness, or bones without flesh in their small bodies because of a lack of food?

Yemeni men, women, and children have been fighting for survival for six years since the conflict began in 2015.

Simply acquiring enough food to eat has become more challenging for local families around the country. People’s livelihoods have been wrecked by the violence, and opportunities to earn a living have been severely harmed as a result of the consequences. A startling 9.6 million people are on the verge of starvation due to a lack of money and food.

Growing up in Yemen is extremely difficult due to the continued impact of the war on local services and the economy. Malnutrition is a serious problem for newborns and young children in particular.

The United Nations has declared Yemen to be the world’s greatest humanitarian crisis. According to World Food Programme data, 20.1 million Yemenis (more than half of the population) are hungry, and 10 million are seriously food insecure.

The situation in Yemen has deteriorated as a result of the spread of COVID-19, and humanitarian help from other countries has become the lifeline for hundreds of thousands of Yemenis who face hunger.

Not only the problem of insufficient food but also the supply of milk is lacking. This causes the child not to be able to receive proper nutrition.

According to UNICEF staff in Sanaa, the drop in the number of women nursing their babies in Yemen is contributing to the country’s high rates of malnutrition among children under the age of five.

Yemen has one of the highest rates of child malnutrition in the world. According to the World Food Programme’s (WFP) 2014 data, half of all children under the age of five are stunted, with another one million suffering from acute malnutrition and could die if they do not receive urgent treatment.

We need your help to enhance our humanitarian support, which is helping to preserve the lives of countless children, as the food situation in Yemen worsens and worries of a very bleak future grow. 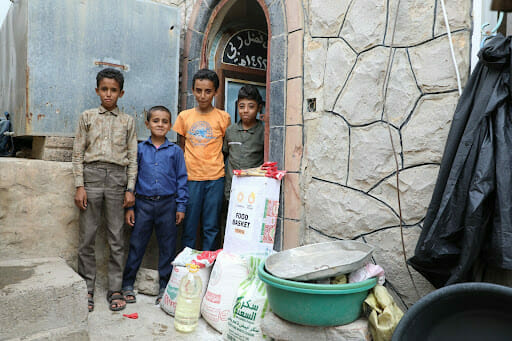 With your support, we plan to distribute a Food Basket to each 303 selected families per month. This is to ensure that they will get enough nutritious food and our hope is that mothers can produce their own milk for their kids.

Let us together help the peopLe of Yemen out of their long suffering. May you be blessed with abundant sustenance by helping our brothers out there. 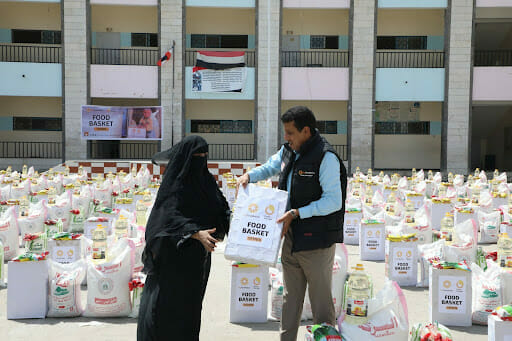 Support Shhhh... Listen! Do You Hear The Sound Of Child Hunger?

Support Shhhh… Listen! Do You Hear The Sound Of Child Hunger? Campaign Now