Bread is a staple food that we always take for granted but it is like a lifesaver for the war-torn Syrians. Every day, more than four million Syrian refugees in Idlib starve. They had to forage their food and let the children sleep in tears because of hunger. Imagine how presumably they could go on living with a starving lethargic body every day. 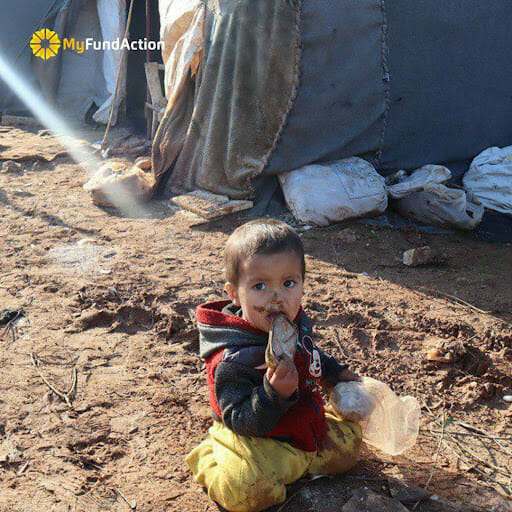 Although many people come to provide humanitarian aid, more than four million Syrian refugees in Idlib still lack access to basic food. Aside from the lack of facilities in their homes for cooking, the Covid-19 pandemic also made access to food resources more difficult. This causes them not to be able to produce food and they are always hungry.

Besides, the Turkish authorities have to restrict the transfer of flour to Syria for some reasons. This caused the flour truck to Syria to stop from time to time. Furthermore, a large amount of flour sent to Syria has to be given to bakeries operating in Syria.

For this reason, it is becoming a necessity to build a bread factory in a location that is very close to the Syrian border and will save on logistics costs. The yield of the bread factory will also reduce the need for flour transferred from Turkey to Syria.

How could a family with 10 people have to fast and fasten their stomachs to eat once a day? While we just show what we want to eat. What a painful life they went through!

Currently, the number Of Syrian refugees continues to increase drastically as more than one million Syrians choose to become refugees because of the war that took place in Idlib in November 2020.

Just by looking at their faces and thin bodies, it clearly radiated their desperate lives. Therefore, we took the initiative to build a bread factory in Syria with the help of Malaysians. The factory will produce seven to eight thousand pieces of bread in one day and will be distributed to them. 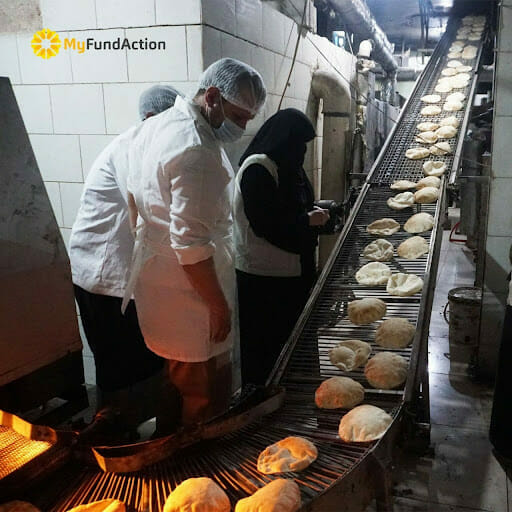 The construction of this factory is not only to provide food but also aims to open up employment opportunities to those affected.

Help us build a bread factory in Idlib for Syrians and stop the hunger of our brothers there. Let’s make sure they get an adequate food supply and reduce the number of malnutrition and deaths.

“The example of those who spend in the way of Allah is just like a grain that produced seven ears, each ear having a hundred grains, and Allah multiplies (the reward) for whom He wills. Allah is All-Embracing, All-Knowing.”

Hopefully with every sharing of sustenance you channel can benefit more than millions of refugees in Syria.

RM0 of RM1 million raised
May Allah S.W.T rewards you [with] goodness.