The number of converts who started to give up with Islam is worrying!

However, the Muslim population comprises only 0.5%, which are still minorities through Japan.

Even though the number of Halal shops is more than before, but Islamic source that supplies for Al-Quran, praying garments, and prayer books are hard to find.

Plus, several masjids are forced to cancel lessons due to shortage of teachers. The Best Gift Box Of All Time

The Hikari Box campaign aims to spread the da’wah of Islam in Japan by teaching them about Islam.

It gives them the best gift to facilitate reverts in Japan who have just taken shahadah.

We are not leaving them, but we assist them read Quran from the beginning through online classes especially during pandemic. 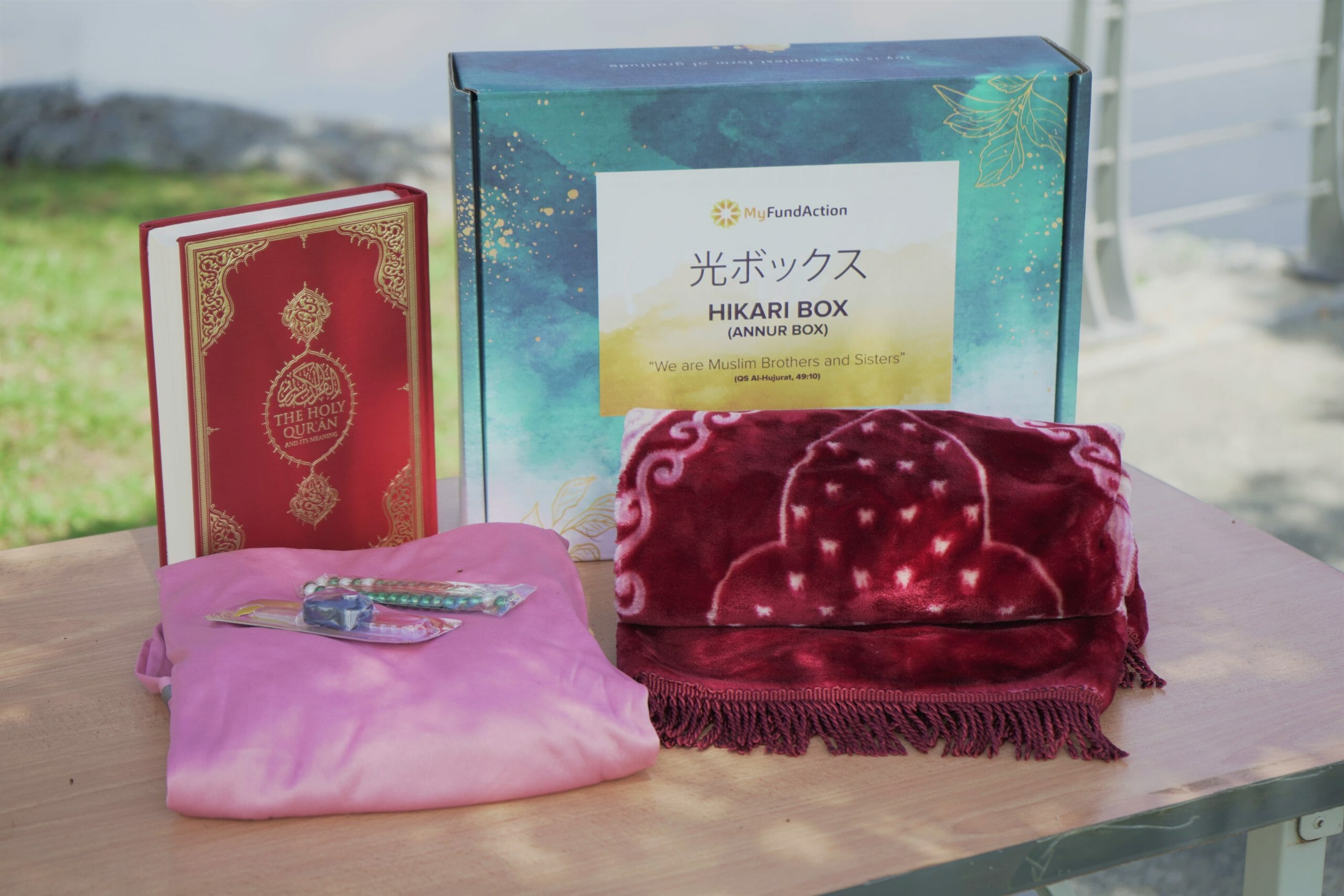 Thus, we want to open the opportunity for you to perform waqf and sharing happiness with our reverts as low as RM50/waqf.

I hereby would like to waqf on the name of (intended waqf to whom) for the convert kit (Hikari Box) distributions in Japan that MyFundAction organizes.

In addition, despite perform waqf for yourself, you are also welcome to do it on behalf of:

May this waqf bring us and those we are performing for, grow closer to Allah, and attain His Paradise.

RM225,138 of RM1 million raised
May Allah S.W.T rewards you [with] goodness. Support by sharing this campaign with others: